Re-Envisioning ESL Programming from the Outside Looking in

Amid sea breezes and strawberry fields, Ventura College has been serving the community 60 miles north of Los Angeles for nearly a century.

As a Hispanic-Serving Institution in a diverse county, the college has long offered English as a Second Language (ESL) courses. In the early 2000s, Ventura College served around 2,000 ESL students per year. However, in 2020, the college was struggling to attract more than 300 ESL students a year, despite Ventura County being home to more than 300,000 limited-English language speakers.

“We were having to cancel ESL classes because there were not enough students … It didn’t make sense: There were more and more English language learners in the community, but they weren’t coming to us. We knew we needed help taking a fresh look at the problem.”

Recognizing that the institution was missing an opportunity to meet the needs of more English-language learners (ELL), college administrators set out to identify any institutional barriers preventing Ventura’s ESL program from more effectively serving the community. Knowing an outside third party would bring a fresh lens to the problem — and be more successful in gathering candid community perceptions about the college — Ventura partnered with Hanover Research to investigate the issues and recommend improvements to turn the program around.

In Ventura County, California, more than half of working-age adults speak a language other than English at home, 97% of whom are Spanish-speaking. With this large population, Ventura College has a significant opportunity to serve the ELL needs of the community.

Yet Ventura College’s ESL class fill rates were regularly falling below 50%. This resulted in frequent class cancellations, which subsequently led to uncertainty about whether students could count on the college for their learning needs. From a revenue standpoint, it became increasingly harder for the college to justify the costs of running the program, despite Ventura’s best efforts to promote the classes.

The college leadership team wanted an approachable ESL program with robust support services and the ability to serve more Hispanic students in the Eastern part of the county. To achieve this, they realized they needed to approach their enrollment problem from a new angle — starting by looking at it through a new lens.

“We knew we needed a qualitative research approach to understand why our ESL class fill rates were so low, and we knew we needed to conduct that field research in Spanish, with native Spanish speakers. Much to our delight, Hanover accepted the challenge.”  Jennifer Kalfsbeek-Goetz, Vice President for Academic Affairs and Student Learning, Ventura College

Hoping to benefit from an objective, outside perspective, the college hired Hanover Research to go into the local community and, through a series of focus groups and in-depth interviews, learn directly from internal and external stakeholders what was holding back the current program. To be effective, the college stressed that these conversations should be conducted in Spanish at locations that were familiar and convenient to the community. While taking on this work during the pandemic added further complications to engaging community members, Hanover Research gladly accepted the challenge. 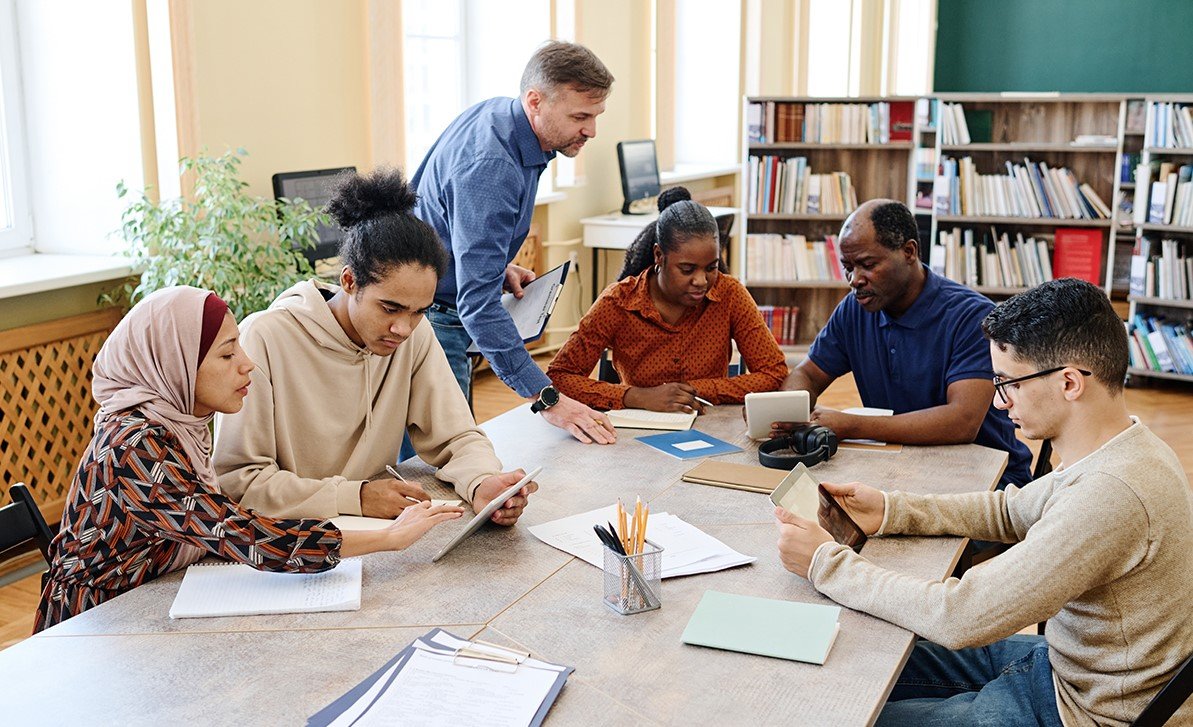 “Hanover’s research was in depth and explained very effectively what was going on and what we could do differently. It was clear to the college leadership team that we needed to invest more in the ESL program in the right ways. As soon as we received the first round of results from Hanover, our team identified immediate actions we could take.”

The Solution: Gather Insights from the Community

Together, Hanover and Ventura College developed a plan to explore their target audience’s perceptions about the college and learn from community members what programs and services could help meet their learning needs. Hanover proposed three qualitative research projects to assess the current program’s strengths and weaknesses and identify the factors affecting student enrollment.

For the first project, Hanover conducted in-depth interviews with internal stakeholders, including current and former ESL students and faculty members. These conversations uncovered a mismatch between the ESL course structure and some students’ learning goals. While Ventura had transitioned its non-credit ESL courses to credit courses, many community members were seeking ESL to improve their language skills for daily living, not in pursuit of a degree.

Next, Hanover conducted in-depth interviews with external stakeholders, including members of the community and representatives from other education institutions. These participants articulated their unmet needs and offered ideas for how Ventura could engage the greater community and identify local “champions” who could help open doors to access other Spanish-speaking groups and organizations.

Finally, Hanover conducted three focus group sessions with community members. The sessions were conducted in Spanish, hosted by two well-known Spanish-speaking organizations. These conversations revealed additional information about what the community wanted in an ESL program and provided insights on how the college could improve its relationship with the local community.

Hear how other community colleges are responding to the needs of their diverse students.

Watch the webinar, “Meeting the Needs of an Increasingly Diverse Student Population.”

The research generated several key insights that tapped into the root of Ventura’s ESL challenges — a misunderstanding of student needs, a difficult online application process, a lack of support staff, and limited visibility in the right community spaces. Hanover analyzed these findings and provided a set of actionable recommendations that helped the college reimagine more culturally relevant, community-focused learning.

The approximate number of ESL students Ventura College served in 2021

Ventura overhauled its ESL onboarding process based on the research findings. In-person events are now hosted in the local community to allow the ESL team to meet and connect with potential students off campus. The lengthy online application process has transitioned to a new one-page paper application that can be completed at events in about 30 minutes, in English or Spanish, with staff assisting the applicants through the process. Students can also access support on a walk-in basis, as well as by phone and video calls with academic counselors and support staff.

When the research revealed that students took pride in learning ESL in a college setting and wanted their achievements to be formally recognized, Ventura began to issue certificates of achievement and hold end-of-term celebrations to honor their accomplishments. To help students connect their learning to careers, the college also began pairing ESL coursework with other vocational offerings such as bookkeeping classes and agricultural field supervisor training. In the future, the college will add an ESL graduation ceremony to further recognize students’ achievements with their family and friends.

“Through partnering with Hanover, it has been invaluable for us to have that additional set of eyes, that outsider’s perspective helping us see what we are doing and what we can do differently.”

In 2022, Ventura College was named a national Bellwether Award finalist for the best practices employed in its ESL program. The college has taken many lessons to heart from diverse stakeholder groups and continues to bring a community engagement approach and a student-first lens to its institutional decisions and systems. By boldly re-envisioning the ESL program, the college is on track to reach its goal of enrolling 2,000 ESL students annually by 2025, the year of the institution’s centennial anniversary.

With a renewed faith in the value of strategic third-party partnerships to solve tough challenges, Ventura College continues to partner with Hanover Research to uncover new opportunities to meet other student, community, and industry needs.

Ventura College, the flagship college of the Ventura County Community College District in California, was the first institution of higher education in the county and serves up to 14,000 students annually.

Capture insights from students, staff, and community members to understand why the ESL program was failing and how the college could reimagine it to meet local needs.

Find out how partnering with Hanover can help you uncover the root causes of your enrollment challenges.
Learn More

Hanover assessed the needs of Ventura College’s students through: