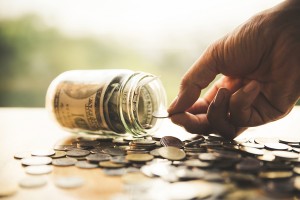 While the total sum of alumni contributions is on the rise, the number of contributing alumni continued to decline among institutions. Only 5% of alumni from public universities donated to their alma maters, while 18% of private university alumni participated in giving. With decreased giving from the middle of the “gift pyramid”, advancement offices are struggling to engage younger alumni to grow their donor base. More money from donations may be flowing in to colleges, but if the number of givers continues to decrease, the influx may be shortlived and advancement offices may lose a significant amount of funding moving forward.

To combat these challenges, colleges and universities must build a motivated, consistent donor base to support their financial health. To do this, advancement officers must be aware of current trends in alumni giving, taking into account the influence of state funding, the new tax law, mega-donations, younger alumni giving patterns, and stock market volatility. By understanding current alumni giving trends, advancement offices can adjust their strategies for better outreach to their former students. Here are the top five trends driving alumni giving.

A decade after the Great Recession, state spending on public higher education institutions remains well below historic levels. From 2008-2018, state spending per higher education student was reduced in 45 out of 50 states. Of these, three states—Louisiana, New Mexico, and Alabama—cut more than $4,000 per student. In the years following the recession, schools adjusted for economic turmoil and reduced state funding by increasing tuition, reducing faculty, limiting course offerings, and even closing campuses.

Now, with overall state funding $7 billion below its 2008 level, schools are experiencing a substantial funding gap that cannot be solved with the same strategies. On average, public tuition is $2,690 higher than in 2008; charging higher tuition jeopardizes accessibility for students, especially those from low-income homes, and debt-conscious students have little tolerance for steep tuition hikes. With many schools already struggling to keep enrollment levels up, alumni donations are vital to help fill in the funding gap, rather than pass tuition increases on to students.

As alumni fundraising participation and institutional donor acquisition rates drop, institutions are increasingly relying on mega-donations to hit their fundraising goals. In 2016, $6.2 billion “mega-donations” were made to colleges and universities, with 194 donations each totaling $10 million or more. While these donations help fund important initiatives, such as medical or scientific research that stands to benefit the public, mega-donations are often restricted to well-known and influential schools. Harvard, Stanford, and Cornell alone raised 28.1% of all 2017 gifts, primarily from affluent alumni.

Mega-donations can come with restrictions from givers who specifically donate to initiatives they feel will “fulfill some big, ambitious visions“; these frequently do not support basic operating or maintenance costs. Schools unable to pursue such initiatives or whose alumni are not as affluent as those from Ivy League universities often lose out on these large gifts, which can provide much of a school’s funding support.

Facing high student loan debts and tougher job markets, recent graduates often experience financial challenges after graduation. However, schools are focusing more of their fundraising efforts on younger alumni to expand their donor pools and raise their participation rates. While recent grads may not be able to provide substantial donations like older alumni, efforts to reach them focus on cultivating recent grads for the future, establishing their giving habits early.

Millennials currently prefer to donate to causes they see as more local and immediate than their alma mater. To connect with this donor base, institutions are adapting their alumni engagement programs to include more social media outreach, young alumni councils, crowdfunding, and transparency. Young donors are especially interested in knowing how their donations support their institution, and in turn, how their institution can directly support the community and the wider world, making it important for advancement offices to communicate this information for increased young alumni giving.

Under the Tax Cuts and Jobs Act, the standard amount of money taxpayers can shield from taxes (i.e., the standard deduction) will double. Because this change will encourage more people to take the standard deduction rather than itemize individual deductions that would include gifts to their alma maters, experts fear that fundraising will become more difficult in coming years. Taxpayers may no longer benefit from tax breaks, making them less likely to donate or to reduce their donations, potentially signaling a significant loss to funding for advancement offices.

Overall, the Tax Policy Center estimates that the act will reduce the $300 billion total of charitable giving by as much as 5%. Schools reliant on mega-donations may also take a loss if wealthier alumni are more hesitant to donate since fewer people will need estate-tax relief after exemptions from taxes on estates double. The tax act is expected to impact both public and private higher education institutions, though its full effect will not be understood for some time.

Higher education leaders observe that charitable giving increases during stock market surges and decreases during drops and recessions. The stock market reached record highs in late 2017, topping $400 billion after experiencing some volatile moments throughout the year. This surge in giving is projected to increase if the market remains profitable, inspiring institutions to ratchet up targets for fundraising campaigns. Projected alumni contribution growth will also include individuals who prepaid donations at the end of 2017 to take advantage of the recently passed tax law that is more favorable for certain donors and gift types.

A strong stock market contributes to greater university donations as donors have more interest in avoiding taxes on stocks that have appreciated in value. The wealthiest donors, often making mega-donations to their alma maters, are also more likely to give when the stock market and economy are strong. However, uncertainty exists over whether the market is due for a correction and what impact any corrections will have on the overall fundraising landscape.