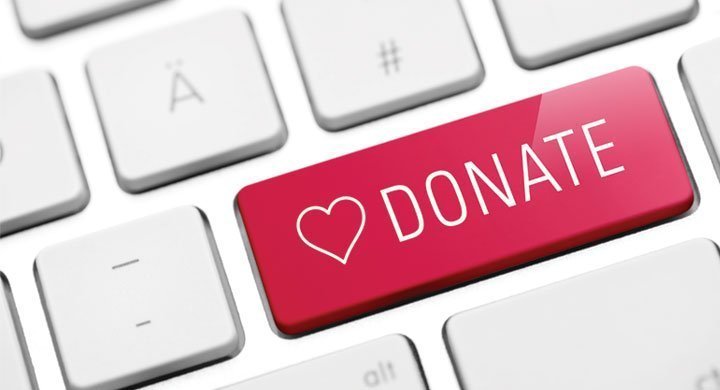 As institutions struggle with an overall decline in alumni donations, social media represents a promising tool for higher education institutions to further alumni giving. From 2015-2016, online giving grew by 7.9%, while overall charitable giving increased by only 1.0% in the same time period. Among higher education institutions specifically, online giving grew by an even larger amount  – 12.3% –  indicating an opportunity for continued investment in online fundraising tactics.

Facebook launched its direct giving button in 2013, and since then, nearly 10% of higher education institutions report leveraging it for fundraising. The button is available to nonprofit organizations and is used as a call-to-action on the organization’s Facebook Page or in individual posts. The Donate Now button is a quick way for alumni to donate to the institution without having to leave Facebook.

19% of institutions held events around Student Engagement and Philanthropy Month, a campaign held in February each year that is designed to educate students on the importance of giving back to their institutions. Throughout the month, institutions organize events and activities to engage students in higher education advancement and create a culture of giving.

Boston University’s Class Gift Program took advantage of Student Engagement Philanthropy month by hosting a weeklong event and promotion called Be Rhett’s Valentine, named after the university’s mascot, Rhett the Boston terrier. Students were encouraged to stop by the student union, take a photo with Rhett holding up a whiteboard sign with “#IGiveToBU because…” and write a message to an alumni donor on a Valentine’s Day-themed postcard. The whiteboard messages were all posted to the class gift Tumblr.

Many universities hold “Thank a Giver” – or TAG days. TAG days engage and educate students, faculty, and staff about the importance of giving back. In 2016, the University of Pittsburgh held its TAG day on November 2, the day in the academic year when tuition stops paying for a student’s education and support from individual donors takes over. The University then posted TAG day tags around campus demonstrating the tangible impact that donors had on the university. Students were encouraged to take photos of the tags and post them to social media.

The crowdfunding sector generated $34 billion in free-flowing cash in 2015, and is on pace to do nearly 10 times that within the next decade. Additionally, a Pew Research Center study found that college-educated millennials are the most likely demographic to have donated money to a crowdfunding campaign. That might explain why a full 20% of institutions reported using crowdsourcing or microfunding as a platform for alumni giving. Institutions can use common crowdsourcing platforms like CrowdRise or Kickstarter, or take advantage of companies like USEED , which provides a crowdfunding platform specifically for higher education institutions.

#2. Strong Use of Social Media Ambassadors

Growing and engaging a network of young alumni is an important long-term strategy for alumni giving. So much so, that more than a quarter of higher education institutions report using social media ambassadors to provide much needed exposure and advertisement for alumni giving.

The University of California, Santa Barbara (UCSB), for example, used social media channels to digitally connect with donors. By enlisting the help of “Digital Ambassadors,” UCSB was able to get volunteers to proactively push its annual Give Day message through their own social media channels. Using the hashtag #UCSBGiveDay, the campaign consisted of hundreds of social media posts that reached millions of people, including thousands of UCSB alumni and supporters.

Day(s) of giving is the most popular form of online giving engagement, used by 47% of all institutions. An annual day of giving provides a solid anchor for the year’s giving campaigns and is a chance to engage alumni and rally support for the institution.

For example, Xavier University designed a campaign for its day of giving called “Give. Love. Xavier Day.” The university leveraged top social media influencers in their alumni network and drafted sharable text and messaging that made the campaign easy to promote. As a result, the university raised $120,000 in its first year, in the second year it increased that number to $275,000, and in its third year it raised nearly $450,000 from 2,711 donors.

Interested in more information on how to harness the power of online alumni giving? Download the Research Brief: Unlocking the Power of Alumni Giving to learn more.